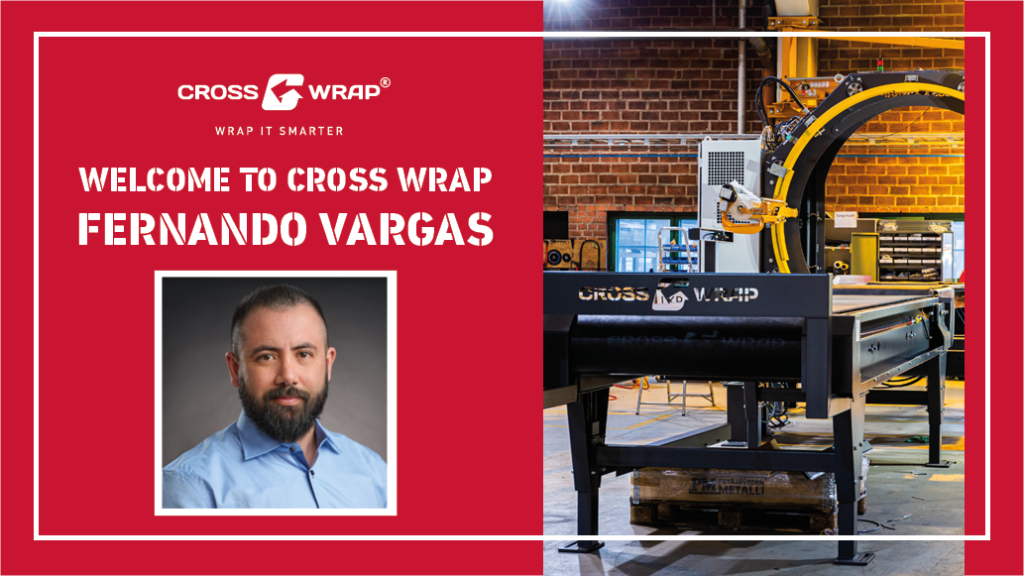 Fernando Vargas joined Cross Wrap’s team in the beginning of the year as a Sales Manager in North America. After several years of experience in the recycling industry he has taken a new direction in his career, changing from the service department to sales department.

Earlier in his career, Fernando has worked as a field technician and in a management position. He graduated in 2011 as a Bachelor of Science in Electrical Engineering in west Texas. Fernando was always excited to understand the processes and operating principles of machinery, as well as fixing devices himself. “I worked repairing electronics and building printed circuit boards. I also worked in the oil field before I came to the recycling industry”, he continues.

During his career, Fernando has worked in several different cities and countries, from Austin, Texas to Charlotte, North Carolina, and Sydney, Australia. In Australia, he worked as a service and project manager to establish new operations. “I lived in Australia for nine months, trying to build several projects and create new partnerships during the pandemic on my own and it was a success”, Fernando describes the stages of his career development.

“In my current position as a Sales Manager in North America, I will focus on both aftersales and sales. My main responsibilities are working on establishing local service for Cross Wrap’s current customers, and finding more partners and customers”, says Fernando Vargas.

He describes himself as an internationally minded person. He speaks few different languages: Spanish, English and Japanese. Being originally from Mexico, he has built his life and career in USA, gained significant professional experience in Australia, and studied abroad as an exchange student in Japan.

Recently he travelled all the way from Texas to Cross Wrap’s office in Siilinjärvi, Eastern Finland, to get together with the team. “It was my first trip to Finland, and I was lucky with the weather – it was sunny and not as cold as I imagined. My new colleagues were nice and respectful, everybody was happy to meet the new guy from another continent. During my visit I met most of the team, and got to learn more about the company by visiting one of Cross Wrap customers’ sites and watching the Bale Wrapper in full production”, Fernando comments.

“In my current position as a Sales Manager in North America, I will focus on both aftersales and sales. My main responsibilities are working on establishing local service for Cross Wrap’s current customers, and being able to find more partners and customers”, Fernando describes his new role as at Cross Wrap.

Fernando is also closely following the development of the North American recycling industry. In his opinion, Europe is still more advanced in recycling, but USA is rapidly catching up.